Young people in New Parks - a large estate towards the edges of the city - can sometimes feel disconnected from Leicester. This initiative was built around a drama project that would focus on the Town Hall, a place of civic power and rich cultural history, as a means of encouraging young people to identify with the city as their own.

The approach was to develop participants' civic identity by exploring how the Town Hall has been used and creating speeches, arguments and debates that would eventually be filmed for a video to be shown at a special presentation event. Soft Touch supplied staff with drama and spoken word specialisms, while the college staff included the Head of English and Drama and the Librarian. The project aimed to work with up to 15 Year 9 students, with six after-school sessions at New College and six at the Town Hall.

Feedback from staff in project diaries and in post-project interviews suggested a big leap in students' confidence to speak out: "Students felt more able to put their hands up, answer questions and join in discussion," commented the College Librarian. "There was brilliant use of listening skills and great clarity of speech. Everybody stayed with the idea of their character and spoke with a great deal of thought." The Soft Touch artsworker also observed that students developed their own roles to push the drama in new directions and that the level of work far exceeded initial expectations.

Student feedback also mentioned increased confidence to ask questions in class and in speaking out in front of others. In addition, they spoke of specific learning about the history of the Town Hall and its role in civic life and the justice system. One specifically mentioned they had enjoyed the project because "I helped to plan and make decisions about it." Parents were too impressed by the outcomes, with one saying "Since doing this project his grades have improved".

Only seven young people eventually participated and Soft Touch reports that a longer lead-in time would have helped both reach more students and resulted in more robust evaluation through a baseline assessment of oracy skills. Other challenges included running an experimental project within the some of the more formal structures of a school environment. Also, while the Town Hall was a good choice in terms of a cultural venue, there were some practical difficulties in getting secure bookings for building use. 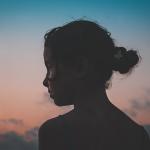