All of these pieces have been intricately constructed, and some of the original works are quite large. To make the most of experiencing this work, make sure your screen is bright and have some fun zooming in on all the interesting details.

We have indicated suggested ages for these materials, but they can be adapted to suit any age range. 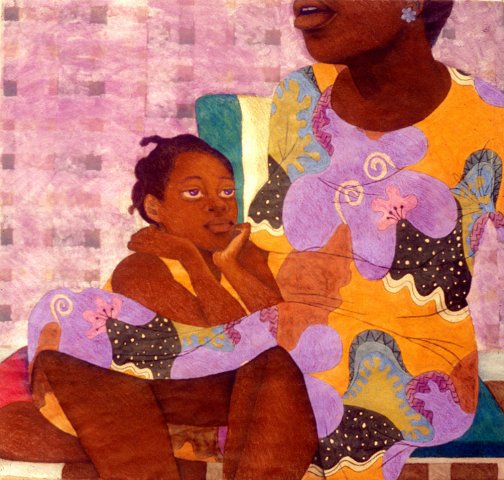 Sonia Boyce, OBE RA, is a British Afro-Caribbean artist who gained prominence during the Black Cultural Renaissance of the 1980s. Boyce was awarded the prestigious Golden Lion prize at the Venice Biennale 2022 for the work Feeling Her Way. Her work frequently addresses Black representation, hope, pervasive racism, and the experience of being Black in a white society through paint, pastels, collage and caricature. 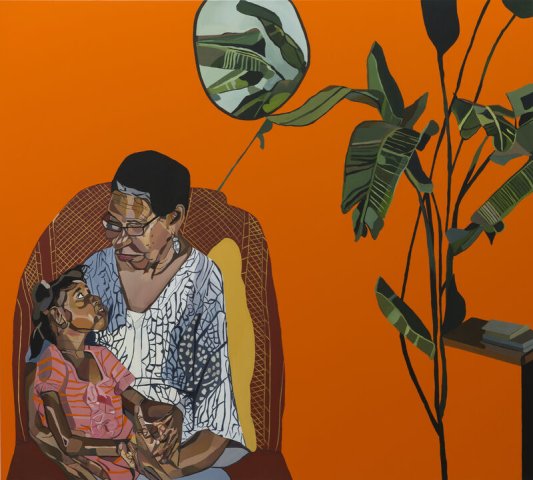 Joy Labinjo (2020) Having the Conversation. Oil on canvas.

Joy Labinjo is a British-Nigerian woman, and her work explores race, identity and culture as well as joy and liveliness in Black diasporic cultures. Her vibrant portraits elevate and celebrate representations of Black families. 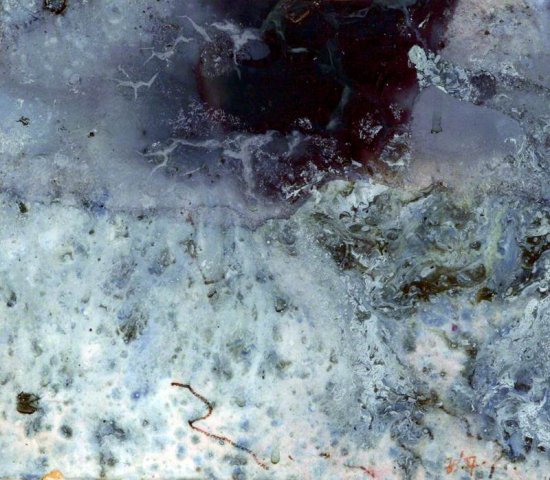 Sir Frank Bowling, OBE RA, is a pioneering painter whose energetic compositions broke new ground in the abstract art world. Bowling was the first Black artist to be elected to the Royal Academy and has continually experimented with methods and materials in his work. He worked largely within abstract expressionism and colour field painting.

Thinking points: Colour and texture. Imagination. Close up art/photography. Possible locations, elements, feelings that come up? What is it? 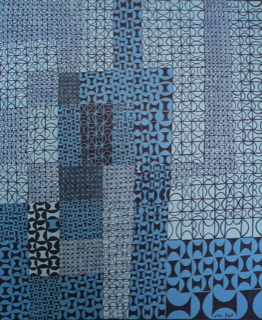 Anwar Shemza was a Pakistani artist, writer, and printmaker. He was influenced by Modernism and Islamic traditional arts and is regarded as a central figure of postcolonial modernist art. He explored shape and form, and many of his works were built from the layering of squares and circles.

Thinking points: Significance of the colour indigo – a historically highly valued dye across the south of Asia and the African continent in the textile industry. Patterns and tessellation, sense of rhythm. Repetition. Arabic calligraphy. Recreating patterns - potato printing. 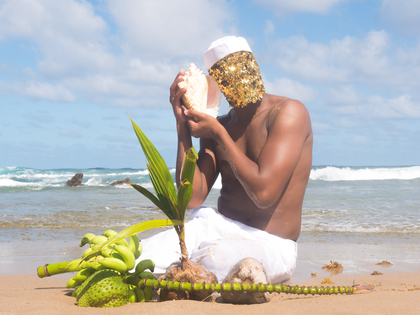 Ada M. Patterson is a Barbadian visual artist and writer who explores masquerade, fear and desire, ways of seeing, and sense of self. This piece references the poet Langston Hughes, and filmmaker Isaac Julien's film 'Looking for Langston', which is about Hughes and fellow Black artists of the Harlem Renaissance. Patterson uses she/her and they/them pronouns. 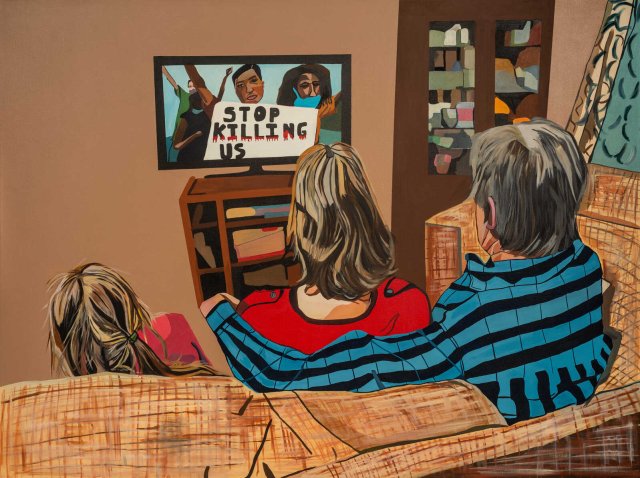 Joy Labinjo is a British-Nigerian woman, and her work explores race, identity and culture as well as joy and liveliness in Black diasporic cultures. 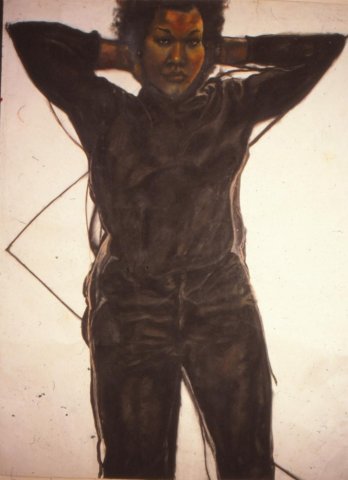 Claudette Johnson is a British visual artist known for her large-scale paintings of Black women. Her intimate portraiture shows strong character and presence and she has been described as 'One of the most accomplished figurate artists working in Britain today' by Modern Art Oxford. She is also known for her association with BLK Art Group.

Thinking points: Black feminism and Black arts movements of the 80s, oppositions to the traditionally white male gaze in portraiture. Identity, self-love and beauty, as located within Black feminism. Female and specifically Black female representations in art. Invisibility and objectification. 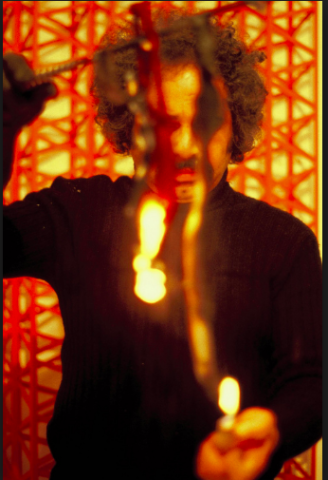 Rasheed Araeen (1976-1979) Burning Ties. One of a series of photos documenting the live performance of this work.

Rasheed Araeen is a Pakistani London-based conceptual artist, sculptor, writer and activist who has been regarded as a leading light in Black conceptual arts. Araeen was important in establishing Black voices and presence in British arts through his work and writings and is a critic of British imperialism.

Thinking points: What do fire and burning evoke? What does a necktie represent? What makes this performance political? Symbology, ritual rebirth. Are there different effects from live performance and recorded/photographed performance?